Share a memory
Obituary & Services
Tribute Wall
Donations
Read more about the life story of Joseph and share your memory.

He leaves behind his loving wife of almost 37 years, Helena; his son Alex and his wife Alyssa Chaves of Hudson, NH. He is survived by his parents Herculano and Helena (Loura) Chaves of Portsmouth, RI, his brother Rafael Chaves and his fiance Cheryle Porter of Marlborough, MA, along with his nephews, Bryan and Dylan Chaves, and their families, and his son Jason. He also is survived by his mother-in-law, Maria F. Sousa, sister-in-law, Maria and her husband Antonio Camara, their son, Tony Camara, and his brother-in-law, Jose F. Sousa of Hudson, MA along with many uncles and cousins.

Joseph and his family immigrated to the United States from Santa Maria, Azores of Portugal in 1967 and resided in Hudson, MA. He later moved to Auburn in 1997 with his wife and son.

After serving in the US military, he started his professional career as a machinist for Digital Equipment Corporation. When Intel acquired Digital, his career evolved from a Fabrication Plant Technician, a Mechanical Designer, and a Construction Coordinator. His career came full circle when he joined Entwistle as a machinist in 2017.

Joseph had several different interests which included collecting watches, watching Formula 1, animals, cars, and motorcycles. Joseph liked to stay active by running, kayaking, cycling, playing golf, working on projects around the house, and having healthy debates with his family. He will be greatly missed, but never forgotten by all who loved and knew him.

The family would like to send a special thank you to the critical care unit staff at Charlton Memorial Hospital for their dedicated and individualized care during the Christmas holiday.

Relatives and friends are invited to a period of visitation from 5pm -7pm on Tuesday, January 3, 2023, at Tighe Hamilton Regional Funeral Home, 50 Central Street, Hudson, MA 01749; immediately followed by a Celebration of Joseph’s life at 7pm in the funeral home.  Burial services will be held at the convenience of the family at a later date.

In lieu of flowers, memorial donations may be made to the American Heart Association, heart.org or to the Worcester Animal Rescue League, worcesterarl.org. 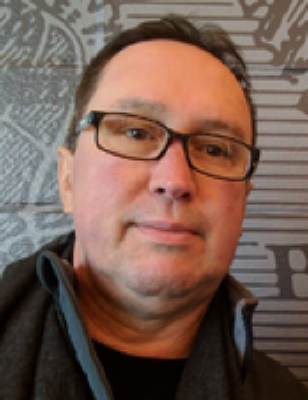