Share a memory
Obituary & Services
Tribute Wall
Donations
Read more about the life story of Ruth and share your memory.

Ruth Amelia (McLewis) Farrell, 78, of Cary, NC passed away peacefully on Wednesday, January 4th, 2023.  She was predeceased by her husband of over 50 years, Dale Farrell.

Ruth was born in Johnson, Ohio, on January 10th, 1944, a daughter of the late William and Francis McLewis.  After graduating High School, Ruth enlisted in the United States Navy and honorably served her Nation.  She met the love of her life, Dale Farrell, who was serving in the Navy at the same time.  They were married shortly before Dale shipped out to Vietnam.  Ruth and Dale both attended Northeastern University in Boston, MA, where she earned her Bachelor's degree.  After a brief time in Holliston, MA, Ruth and Dale settled in Bolton, MA, where they resided for over 41 years together.

Ruth had a long and successful career as an Executive Assistant first for the Perini Corporation in Framingham, MA and then for the Division of Capital Asset Management and Maintenance (DCAMM) within the Commonwealth of Massachusetts.  Ruth was known as a kind soul who loved gardening, sewing and reading.

Ruth is survived by her only daughter, Carrie Gagnon, and her husband Marc of Apex, NC and two grandchildren, Lillie Gagnon and Brielle Gagnon.

All are invited to a period of calling hours from 2-3 PM on Sunday, January 22nd at Tighe Hamilton Regional Funeral Home, 50 Central Street, Hudson, MA with a memorial service following immediately at 3 PM.  Burial services will be held at 10 AM on Monday, January 23rd, 2023 at West Burial Grounds in Bolton, MA where she will be laid to rest next to her beloved, Dale. 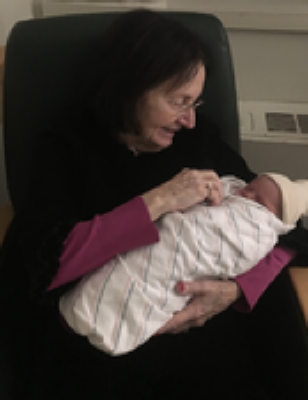