Share a memory
Obituary & Services
Tribute Wall
Donations
Read more about the life story of Timothy and share your memory.

The world lost an amazing man on Friday, December 2, 2022, after being stricken ill at home.  You will never find a better husband, son, father, papa or friend.

Born September 24, 1969, to Alan Peterson and the late Patricia (Thomas) Peterson, Timmy was raised in Marlborough, graduating from Marlborough High School in 1987.  While in school, Tim played on the football and wrestling teams and was captain of the wrestling team his junior and senior years.  Tim’s nurturing nature began young, when fresh out of school, he began coaching youth sports including baseball and football.  He later earned a degree in Mathematics & Engineering from Quinsigamond Community College.  A long-time member of the Marlborough Fish & Game, Tim played Santa Claus at the annual Children’s Christmas Party and had done so for the past 20 years.

Timmy was a proud member of Local 104 International Brotherhood of Electrical Workers where he had worked on various job sites on heavy equipment for high tension wires.  Often, other locals would borrow him to get his expertise on job sites or for a particular puzzle with a machine. He would troubleshoot it over the phone and have the machine back in service in no time,

Timmy and his wife, Amy (MacLaren), found a second chance at love and were married in 2013.  The countless adventures they’ve been on while cruising in the Caribbean will always provide precious memories.

Taking cruises, playing cards, or camping with family at the beach were just a few of his passions outside of tinkering in the garage on the latest car that needed a “little” fix.  His latest passion was his motorcycle.  Getting some wind therapy with Amy or taking a solo ride up Mt. Wachusett brought him so much joy.

Tim always put himself last, and as a final act of his selflessness and willingness to give, his organs were donated, per his wishes, so that others may have a chance at a fuller life.

In addition to his wife and father, Tim leaves behind his stepmother, Vicki Peterson, his children, Ashley Pierce and her husband Joe, Maxine Baker and her partner, Trevine Jean, Richard Baker and his wife Morgan, Katelyn Peterson, and Benjamin Peterson and his partner, Kat Callahan.  He was also the proud papa of three adoring grandchildren, Peyton, Jackson and Brooklynn.  Tim also leaves behind his mother-in-law, Diana MacLaren, his sisters-in-law, Michelle MacLaren and her partner Daniel Kelley and Judy Congdon and her husband, Jeff, along with his niece and nephew, Lila and Owen Rice and his godson, Bradley Deleskey.  Countless other friends who were like family will miss his wit and sarcasm. 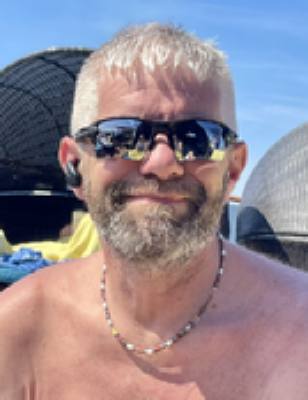